What an honour it is to share
therapies that invite
women to seek and
connect to their
innate wisdom.

What an honour it is to share therapies that invite women to seek and connect to their innate wisdom. 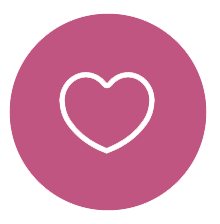 I am a hugely blessed!

Being driven by my heart and soul, to offer women the gift and opportunity, to make a deep and lasting connection to herself. To invite in self-kindness, self-knowledge, and a belief that she is the mistress of her own path to healing. To navigate the shifts and changes in her daily life, and her life journeys.

See what I mean…hugely blessed!

Since I entered the world of complementary medicine in 1996, when my studies in Holistic Aromatherapy began, the learning process has never ended.

All these years down the line, each client I have had the honour to work with, from teenagers to women post-memopause, I learn more and more. I have such gratitude to have been taught by some of the wisest of teachers, who have also guided me through my own healing journey.

Now, I have honed a number of modalities, Womb & Fertility Massage, EFT and Aromatherapy, along with Menstrual Education, to support clients emotionally, physically, and psycho-spiritually.

Through my learning journey with Red School, in 2018 I was amongst the first group of women to train and to graduate as a Menstrual Medicine Circle Facilitator, a new process of facilitation, guiding women to the insight and wisdom they hold within themselves, via the landscape of the menstrual cycle.

Alongside my client work, as co-founder of Woman Kind with Kate Codrington, we have been offering insightful self-care retreats for women since 2015. Our latest offering is here.

Also in 2018, I completed training as an Associate Instructor in Fertility Massage Therapy, now teaching practitioner training throughout the UK.

We can work together one to one in clinics in Stanmore, Middlesex and Shenley, Hertfordshire, or online via Skype or Zoom.

I look forward to working with you.

“You had the power all along, my dear”

Aromatherapy and Massage in Pregnancy and Labour, October 2004

Aromatherapy and Medicine of the Soul, January 2015

Award in Education and Training – July 2017